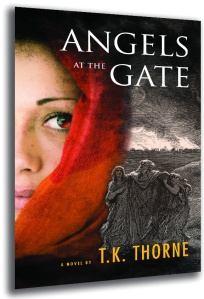 Are You A Book Club Member?

Get a free Advanced Reading Copy of T.K. Thorne’s
new novel for your book club while supplies lasts. 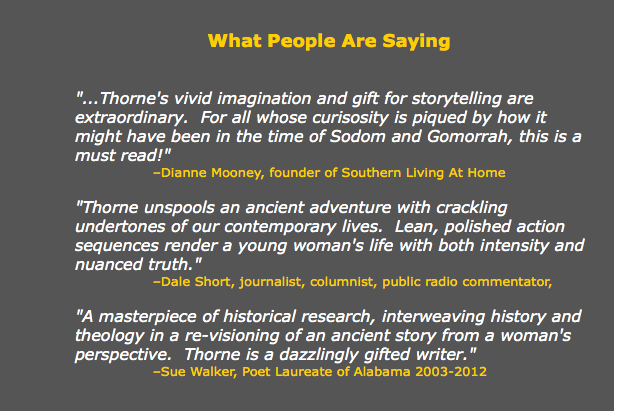 What’s the Story About?

ANGELS AT THE GATE is the story of Adira, destined to become Lot’s wife.  A daughter of Abram’s tribe, Adira is an impetuous young girl whose mother died in childbirth.  Secretly raised as a boy in her father’s caravan and schooled in languages and the art of negotiation, Adira rejects the looming changes of womanhood that threaten her nomadic life and independence.

But with the arrival of two mysterious strangers—Northmen rumored to be holy or possibly even “Angels”—Adira’s world unravels.  Raiders invade the caravan, and she loses everything she values most—her father, her freedom, and even the “Angels.”

Caught between her oath to her father to return to her tribe and the “proper life for a woman” and tormented by an impossible love, she abandons all she has known in a dangerous quest to seek revenge and find her kidnapped “Angel.”  With only her beloved dog, Nami, at her side, Adira must use the skills she learned in the caravan to survive the perils of the desert, Sodom, and her own heart.

ANGELS AT THE GATE is a story of adventure and the power of love, exploring themes about choice —the importance of asking the right questions and walking the fine edge between duty and personal freedom. 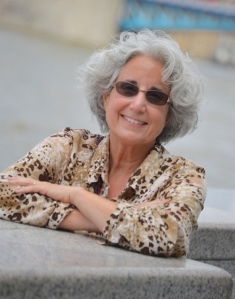 T.K. Thorne’s childhood passion for storytelling deepened when she became a police officer in Birmingham, Alabama.  “It was a crash course in life and what motivated and mattered to people.” When she retired as a captain, she took on Birmingham’s business improvement district as the executive director.  Both careers provide fodder for her writing, which has garnered several awards, including “Book of the Year for Historical Fiction” (ForeWord Reviews) for her debut novel, NOAH’S WIFE. Her first non-fiction book, LAST CHANCE FOR JUSTICE, was featured on the New York Post’s “Books You Should Be Reading” list. Rave reviews have followed her new historical novel ANGELS AT THE GATE. She loves traveling, especially to research her novels, and speaking about her books and life lessons.  She writes at her mountaintop home, often with two dogs and a cat vying for her lap.