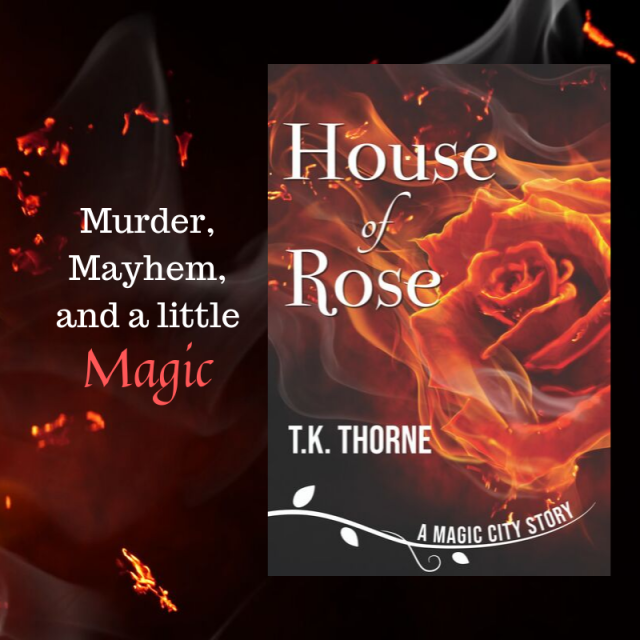 Book One of the Magic City trilogy.

When rookie patrol officer Rose Brighton chases a suspect down an alley, she finds herself in the middle of every cop’s nightmare—staring down at a dead body with two bullet holes from her gun . . . in his back.

He’s dead and now she has to explain it, which is going to be a problem because what happened was so strange, she doesn’t understand it herself. Rose must unravel the mystery of what happened and who she really is—a witch of the House of Rose. If she doesn’t figure it out fast, there will be more bodies, including her own.

Inside the world of TK with Bookmark’s Don Noble. Click to watch video