When rookie patrol officer Rose Brighton chases a suspect down an alley, she finds herself in the middle of every cop’s nightmare—staring down at a dead body with two bullet holes from her gun . . . in his back.

He’s dead and now she has to explain it, which is going to be a problem because what happened was so strange, she doesn’t understand it herself. Rose must unravel the mystery of what happened and who she really is—a witch of the House of Rose. If she doesn’t figure it out fast, there will be more bodies, including her own.

What Folks are Saying:

“Thorne delivers a spellbinding thriller, an enthralling blend of real-world policing and other-world magic. It’s a wild ride of high stakes that pits the warm humanity of Rose and her friends against chilling powers of darkness in a battle that is both ages old and totally of today.”—Barbara Kyle, author of The Traitor’s Daughter

“A deftly crafted and riveting read by an author with an impressively ability to hold the reader’s rapt attention with her original fantasy novel “House of Rose.” Readers new to her will look eagerly forward to the next title in her new Magic City Stories series. While very highly recommended for personal and community library Contemporary Fantasy Fiction collections, it should be noted that “House of Rose” is also available in a digital book format.”—Midwest Reviews

“Rookie cop Rose Brighton never imagined that a simple suspect chase into an alley would lead her into dark passages where she would question her definition of reality, her own identity, and whether she was pawn or prey. HOUSE OF ROSE is a gem.”— DP Lyle, award-winning author of the Jake Longly thriller series

“The life of Birmingham, Ala., rookie cop Rose Brighton, the narrator of this promising paranormal series launch from Thorne (Noah’s Wife), veers into the extraordinary one night. . . . Thorne, a retired captain in the Birmingham PD, grounds the fantasy with authentic procedural details and loving descriptions of the city and its lore. Readers will look forward to Rose’s further adventures.”—Publishers Weekly

“T.K. Thorne is an authentic, new voice in the world of fantasy and mystery. THE HOUSE OF ROSE blends the realistic details of police work with magic. The result is an explosive story that will keep you on the edge of your seat as Rose learns of her true heritage…and the dangerous powers that are her birthright. Pick up this story—you’ll thank yourself over and over again.” —Carolyn Haines, USA Today bestselling author of the Sarah Booth Delaney, Pluto’s Snitch, and Trouble the black cat detective mystery series.

“Although “House of Rose” is speculative fiction, a kind of fantasy, T.K. Thorne is so knowledgeable about Birmingham and law enforcement that it is also, truly, a police procedural and a thriller—something for everyone. House of Rose” is the first of a series which should be a hit.”—Don Nobles, reviewer for Alabama Public Radio 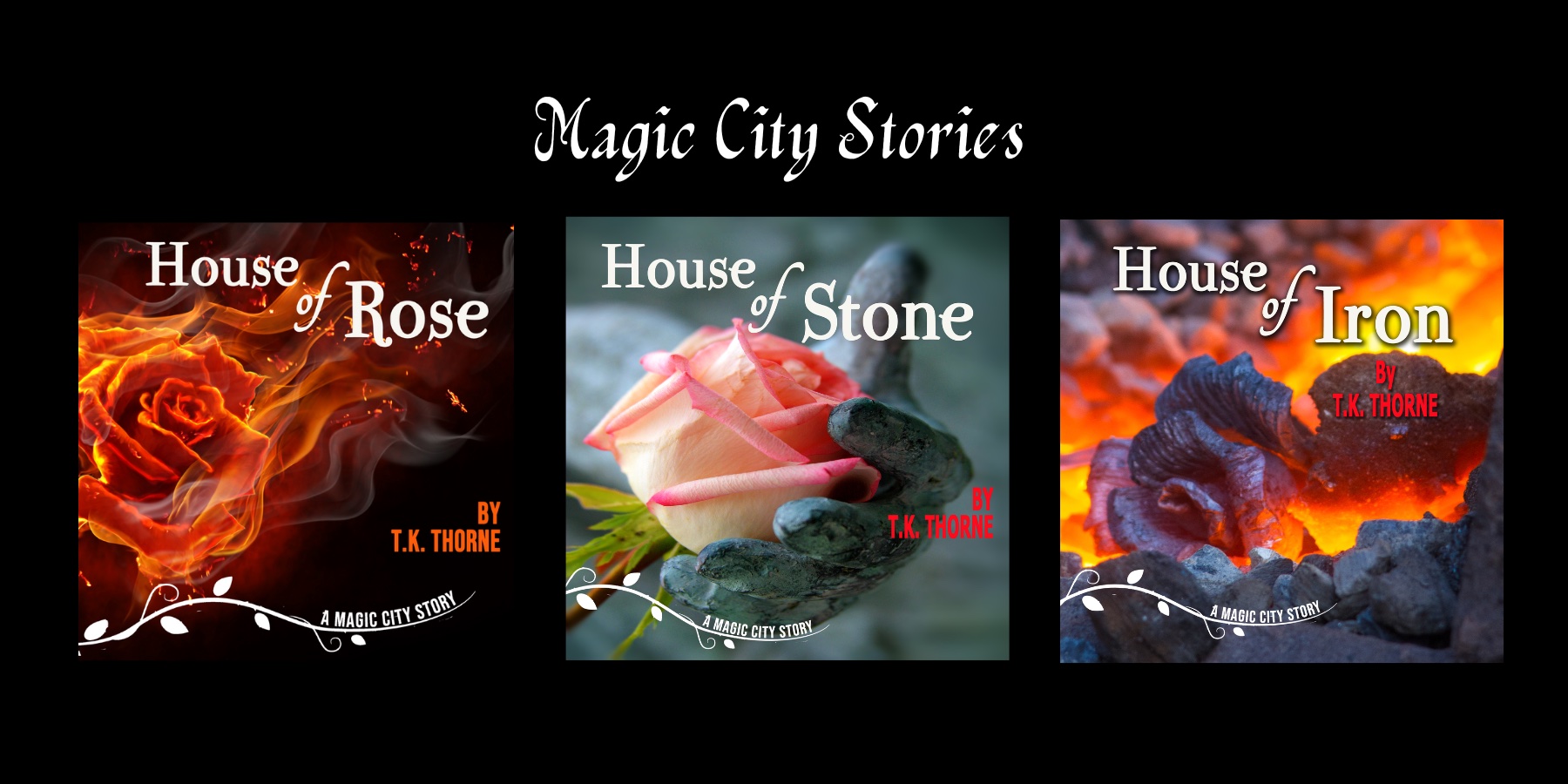 Listen to T.K. read from House of Rose

Purchase E-book at your favorite retailer

Purchase on Amazon for print or Kindle versions