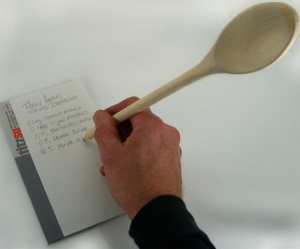 Mix two angels, Venus, and a famous, licentious city. Add salt. What do you get? Angels at the Gate: The Story of Lot’s Wife. Well, it wasn’t quite that easy. Lot’s Wife actually started with Noah’s Wife, my first book. Unnamed in the Bible, Noah’s wife merited one brief mention. (What was she, chopped liver?)

I never planned to write about Biblical women, but she deserved more. Her story won a “Book of the Year” award for historical fiction. I thought I was through—as a biblical novel chef—until a sarcastic co-worker asked, “Noah’s wife, huh?”

Stunned, my first reaction was No way!  Abraham’s nephew, Lot, was supposed to be that story’s hero, the only “righteous” man in a sexually sinful city, yet he offered to give a lustful mob his two virgin daughters. Way too dark for me.

To write Noah’s Wife, I wove scientific and historical evidence about the flood and culture with my own imagination to create a central realistic, strong character in a story I felt was more believable.  (Plus, Lot’s Wife would require lots (no pun intended) more research. Abraham’s time period was four thousand years later than the flood.

However, like Noah’s wife, Lot’s wife was unnamed in the Bible. She also only got one line in Genesis, albeit, a more famous part—she looked back at the burning city of Sodom (against an angel’s command) and was turned into a pillar of salt.

What could I do with a bizarre ending like that? And who would the angels be?  Can’t carefully craft scientific and historical basis for everything else and just have angels flapping around!

It was the last question that really grabbed me. Apparently, I love a challenge. I started reading this very cool book called Uriel’s Machine that made a fascinating case connecting Stonehenge culture, ancient worship of the planet Venus, references in the Dead Sea Scrolls, angels, Solomon’s Temple, and eventually the Masons. And we’re not talking mystic stuff, but theories extrapolated from real data.  Did I mention I was fascinated?

About a year later, I was ready to start writing this book I had refused to consider writing. I’d researched the time period of Abraham, the various theories about what happened to Sodom and Gomorrah, who the freakin’ angels could actually have been, and now I had a pristine blank computer screen staring back at me. 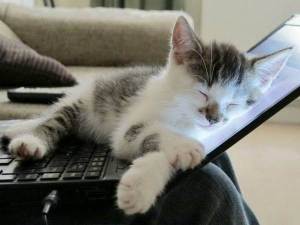 I realized I knew nothing about my character, the most important element of a story. No clue what her life was like or what was going to happen to her (other than the salt thing). I moved the cat off the keyboard and, for a long time, I stared at that screen. I got up and made some coffee and returned to staring at the screen. Repeated this a few times, sticking cold coffee in the microwave.  Eventually, I decided to follow my father’s lead—  The first occasion he ever had to be in a hospital, he found he could not sleep. When he complained, they brought him a sleeping pill, which he considered far too tiny to have any impact.  “I waited,” he said, “and didn’t even get sleepy. I waited and waited until, finally, I gave up waiting for it to work and went to sleep by myself.”

Hmm. I gave up trying to figure out what I was going to write, moved the cat off the computer again, and just put my fingers on the keyboard.  Here’s what they typed: