The Wise Win Before the Fight

Violence surrounds us—in the media, in our entertainment and sometimes even in our homes.  From the streets of Chicago, to the wars in Iraq and Syria, to video games—violence is a way of life.

Anger is oft a child of fear. The bond between fear and anger melded in our long-ago past when many of our choices boiled down to Flight/Fight.  Chronic anger is often a component of depression because our mind/body doesn’t know the difference between a “real” danger and one that originates from our mind and/or body.  I awake from a nightmare panting, sweating, my heart racing.  My fear is as real as if I faced a physical snake crawling up my leg.

When a remark from a loved one makes me angry, I can usually pursue the emotion to its roots of fear.  How dare he say that? [Anger] If he can say that, does he really love me? [Hurt] And if he doesn’t really love me, what if he leaves me? [Hurt/Fear] And if he leaves me, will I grow old alone and miserable!  [Fear]  –A logical progression, but not a rational one.

We are evolutionarily programed to make those leaps, because in the world of the tiger-in-the-forest, we had to act quickly. We didn’t have time to ponder the root of our anger/fear, so our brains aren’t good at that.  Fifty bits of information per second make their way into the conscious brain, while an estimated eleven million bits of data flow from the senses every second.”*  We respond instantly to the emotional “gist” of the situation. We deceive ourselves very easily.  Seeking the roots to anger and pain is an uncomfortable journey that takes effort. It is easier and feels better (and safer) just to be mad.

In our society, the expression of anger is more acceptable (especially for men) than the expression of fear, and seeking power can be a way to manage fear.  Can a whole society be fearful?  As Master Ueshiba implied, uncertainty begets fear.  In a war zone (of any kind) one’s environment is fertile ground for fear. Subtle fears can infiltrate their way deep into our psyches; our relationships are riddled with fear mines.

Our cultures, as well—across the world young people are finding roadblocks to education or that their education is not an easy ticket to a job.  Frustrated and disenfranchised, they can turn to the sense of belonging and purpose offered by gangs, freedom fighters, or terrorist thugs. In many poor neighborhoods around the world, people have always been in economic crises, possessing neither the skills nor the hope of ever having the skills to succeed.  Fear of all sorts is an intimate and constant companion.

Is it any wonder our world is full of tangled expressions of anger and fear?

In Master Ueshiba’s Way (the martial art of Aikido) one learns understanding and compassion for one’s attacker.  Does this make the practitioner a “bleeding heart” who allows the blow to fall?  No, absolutely not, but in understanding, one can choose whether to break bones or step aside and allow the attacker’s force to bring him where he can do no harm.

One does what is necessary, not out of anger or fear, but out of compassion and understanding.  Compassion is not a passive emotional reaction but a call to responsible, rational action. Acting from a place of compassion, rather than anger, frees us from the tyranny of emotion that can eat us from inside and steal our happiness; it allows us to make good decisions. 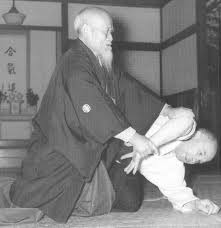 Of course, “what is necessary” is not always an easy question to answer.  Perhaps the more fear, the more drastic the definition of “necessary.”  Was it necessary to drop an atomic bomb on Japan?  So many innocent people suffered terribly, yet it ended a horrible war.  History may classify Vietnam and Iraq as mistakes, but is all war a mistake?  What would have happened if we had not entered WWII?  Are the actions we are taking in the Middle East “necessary?” 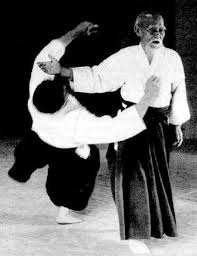 pretend to have the answers, only to suggest that we look behind anger and fear to find compassion and understanding for our enemies, so that we may know them and ourselves, and be among “the wise who win before the fight.”

*Final Jeopardy: Man vs. Machine and the Quest to Know Everything by Stephen Baker.

T.K. is a retired police captain who writes books, which, like her blog, roam wherever her interest and imagination take her.
View all posts by T. K. Thorne →
This entry was posted in The Wise Win Before the Fight and tagged Aikido, anger, child of fear, chronic anger, Evolution, Fear, martial arts, Ueshiba, violence. Bookmark the permalink.

8 Responses to The Wise Win Before the Fight